A Just Deception by Adrienne Giordano 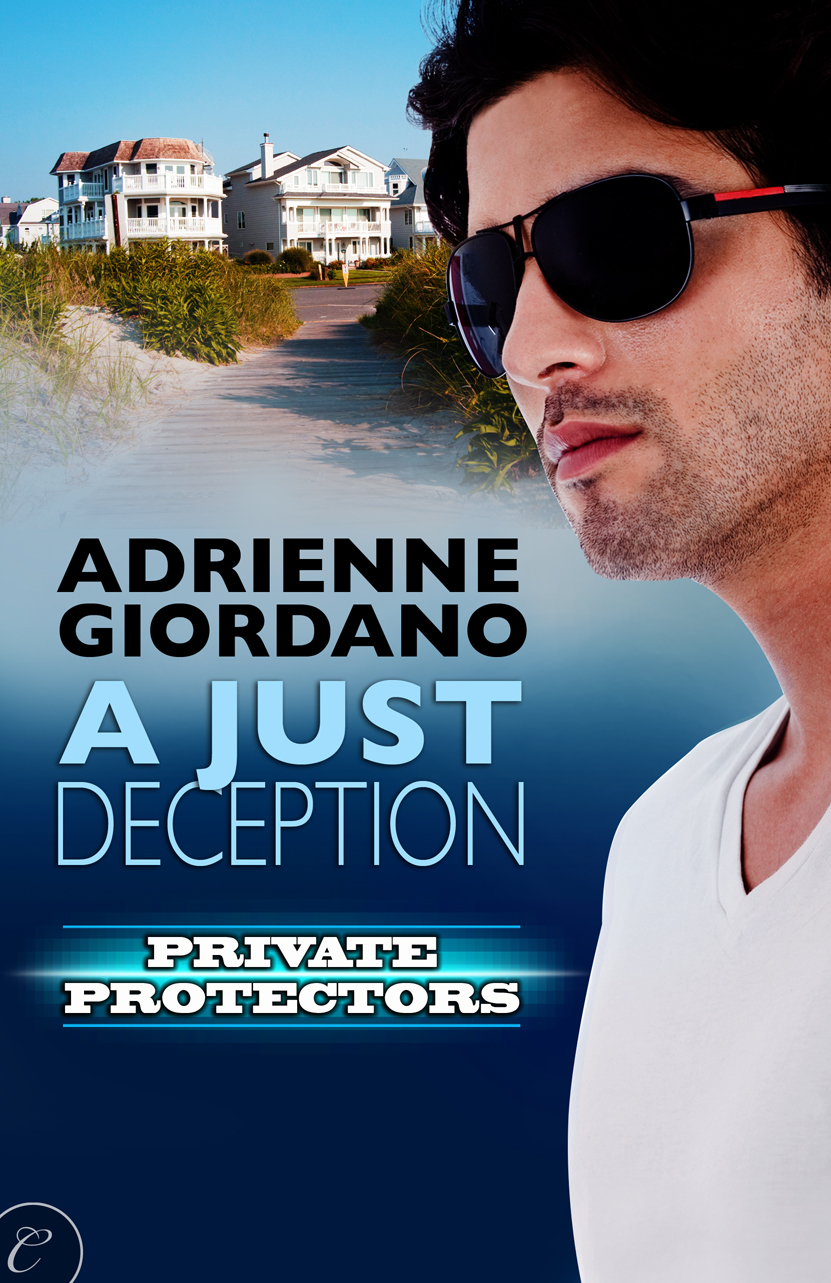 The protector: Peter Jessup, former Navy SEAL, currently employed by Taylor Security. He likes being the hero-in charge and in control.
His client: Lawyer Isabelle DeRosa. The sexy brunette is the personification of Peter's fantasies. She's willing to get physical but nothing more serious.
The assignment: When Isabelle becomes the prime suspect in the murder of her cousin, Peter is there to protect her and help her find the real killer. Their investigation leads to a big-name charity that seems to draw cultlike followers. Isabelle manages to infiltrate the group and become close to their leader, leaving Peter both jealous and worried for her.
As their search leads to danger, Peter realizes he's falling in love with Isabelle. He wants all of her, but she's too used to guarding herself to let him in...

I really enjoyed this book; it is the second in the Private Protectors series. It is well written and keeps moving, it really held my attention. Peter and Isabelle are two emotionally damaged people that are thrown together, while trying to solve a murder and prove Isabelle innocent; they find love drawing them together. Peter is a former Navy Seal who now works for Taylor Security; he is suffering from PTSD after two of his friends and associates are killed on the job. Isabelle is a defense attorney at her uncle’s prestigious law firm. Her older cousin sexually abused her as a child and teenager. He was never prosecuted for the crime because her mother and uncle wanted to avoid the bad publicity that it would bring the family. The action really keeps your attention as the main characters struggle to find a way to trust each other and make a more normal life while also solving the mystery of her cousin’s murder and putting an end to a black market ring. This story ends with both parties helping each other to heal, solving the crime and finding their HEA. A captivating read, I will be waiting for the next in this series.

Barnes and Noble: A Just Deception