The Second Son, Kings of Cardenas Review and Giveaway~~ 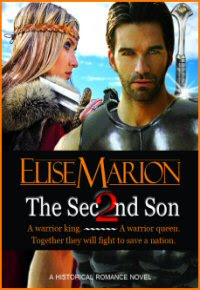 The Second Son (Kings of Cardenas)

Princess Isabelle has spent her entire life bending to the will of those who have planned her life out for her. Sent into hiding when she was just an infant to protect her from the rebellion in her own homeland, Barony, she was betrothed to Prince Lionus from the neighboring province Cardenas when she was just an infant. Despite the forced engagement, Isabelle has loved Lionus all of her life. When a devious plot against the royal family results in her husband’s death, Isabelle is left with a broken heart and an uncertain future. Only one year after his brutal murder, she has no choice but to choose a new husband and return to her homeland to take her place as queen and repair the war-torn land.
Prince Serge has secretly loved Princess Isabelle his entire life. The fact that she was promised to his brother has brought him no end of pain and suffering. The second born son of the king, he has resigned himself to a life of living in his brother’s shadow. After a deadly plot against the royal family leaves Serge hovering on the edge of death, he awakens from a coma one year later to find that his older brother has died and his youngest brother has taken the throne in his stead. His future is now uncertain, but Serge is determined to find his own way in the world now that he has been given the gift of new life. When it is suggested that Princess Isabelle take him as her husband, Serge begins to hope that all of his most secret dreams will now come true.
Despite unexpected spark of desire between them, Isabelle resists the new path her heart is taking as she clings desperately to Lionus’ memory. Can Isabelle let go of her past and learn to Serge return, or is she destined to a life tied to one man as she still mourns the other?
Once united as king and queen, Isabelle and Serge face the monumental task of rebuilding her broken homeland and rescuing it from the clutches of those seeking to destroy it. Can the pampered princess find the strength to stand beside her husband and fight for her people? Will the second son of a king finally get the chance to prove his worth? Can either of them learn to let go of the ghosts of the past and find love?
Set in a world of kings and queens, palaces and royal courts, warriors and battlefields, book two of Elise Marion’s ‘Kings of Cardenas’ family saga continues with a story of love, passion, and destiny.

This is the second book in the series Kings of Cardenas and I love it as much as the first one! The characters were well developed and the plot was very engaging. Isabelle and Serge's story is just as good as Damien and Esmeralda's was.
(Review copy supplied by author)


ABOUT THE AUTHOR:
As a child I always had my nose in a book. From R.L. Stine to Chronicles of Narnia to The Babysitter's Club and Sweet Valley High, I read it all. When I started Junior High and found out that the school library had over 400,000 books, my goal was to read every single one! Of course I didn't achieve that particular goal, but I sure had fun trying! 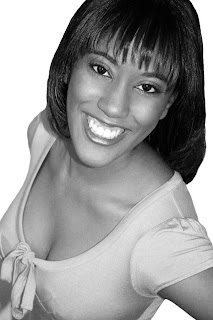 In high school I developed a talent for writing and discovered romance. Needless to say I combined my love for both and am now a published Indie author. After almost a year of peddling my book from agent to agent with no success I decided that my work was good enough despite the constant rejection. That's when I discovered the world of indie publishing through e-books. I couldn't have made a better decision than stepping out on faith and doing something for myself instead of waiting around for someone else to do it for me.
A litle bit more about me: My husband Kevin and I have been married for 4 years and have two beautiful children, Haley (4) and Gavin (4 months). We are a military family, which means I spend a lot of my time alone with two children. People often ask me how I deal with the military life. I simply say, someone's got to do it, right? I am proud of my husband for serving his country.
When I'm not reading (which is almost always) or writing (I try to every day), I am watching movies (which I love), cooking (which I love even more) or watching someone else cook on TV (love me some Paula Deen). I have been singing my entire life and enjoy being my church's choir every Sunday. My large, extended family is close and means the world to me.

One lucky commenter will be randomly chosen to win a digital copy of The Second Son, Kings of Cardenas.  Good luck to all!!