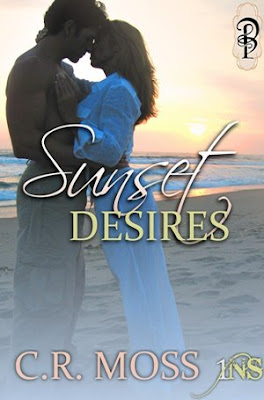 A blind date. A hot tropical evening. She’ll be someone he can’t forget. He’ll fulfill her ultimate fantasy.
Gwendolyn Tramonto is stunned to learn her cousin set her up with sex on the beach and it’s not the drink. But after a several year dry spell of no relationships, no dates…no sex, Gwen decides to take her cousin up on her offer and go out on the blind date. For once, she’d like to indulge in a fantasy, be wined and dined instead of the other way around, and if she and the man ended up in bed together, that would be a nice bonus.
Evan Cadell is looking forward to the date his uncle arranged for him through an exclusive matchmaking service and taking a one night break from work, life and all its demands. From Gwen’s profile, Evan knows what her fantasy is and believes he’s the man who can make it come true. But will one night in paradise be enough to satisfy their desires?

“Do you like what you see?” His sinfully rich, accented voice carried across the room.
Heat filled her cheeks. With a hard gulp, she nodded, not able to take her focus off his beautiful body. Each toned muscle created a wonderful form, from his defined deltoids and biceps to a six pack abdomen she could wash a shirt on. She chuckled internally. Her descriptive thought pattern may have been cliché, but appropriate all the same. He strolled over to her, his tall form of rippling muscle closing and destroying the buffer between them.
“I hear your fantasy is to be on a tropical island.” Evan glanced off to the left where a large picture window framed the beach and water. “We have that part covered.” He stood behind her, their bodies an inch—maybe two—apart, returning his gaze to hers in the mirror. “That you wanted to be picked up by a handsome guy and by the looks I’ve been getting from you, I seem to have your approval.” Brushing a lock of hair behind her ear, he whispered, “And that you wanted to be in a private location for an erotic assignation. Isn’t that so?”
Images from vampire movies she’d seen over the years filled her mind. He may not have been a vampire, but he was just as sensual as one. What spurred on thoughts of Nosferatu? His voice? His confident moves? He inclined his head, his gaze transfixed on hers in a mesmerizing stare, almost daring her to deny the attraction. His mouth, so very close to her throat, let slip wicked hot breath against her skin. If he were a vampire, this would be the part where he’d bite her. She pushed the fictional thoughts aside, desiring reality, welcoming him to kiss her…lick her…suckle on the curve where her shoulder met her neck. She leaned back, bare parts of her skin encountering the hard planes of his chest.
“Shall we…?” His voice rumbled in his chest and against her back.
Shall we what? her mind screamed as sexual tension warred with her logic. She swallowed hard again. How much of her fantasy did he know?


First of all I have to say I have read several of the 1 Night Stand series and I love them all. This one is no exception. I think most of us have had a fantasy about a sexy man on the beach or at least I have! That is Gwen’s fantasy too so her cousin sets her up with Madame Evangeline’s very prestigious matchmaking service.  Evan has been working way too much so his Uncle sets him up with Madame Evangeline’s service too. Can he fulfill Gwen’s fantasies?
I think he does a very admirable job of it, I would have been happy to take Gwen’s place!
This was a sexy, hot short story and I highly recommend it!  Review copy from author.


BUY LINKS:
http://bit.ly/SunsetDesiresbyCRMoss
ABOUT THE AUTHOR: 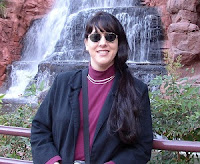