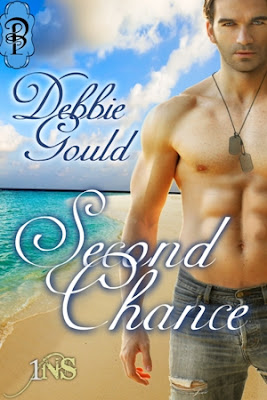 
BLURB:
Lieutenant Colin Beckett, US Air Force special ops, lost his wife in childbirth while off on a mission. Two years later, he’s still trying to come to grips with the guilt that tortures him. And to complicate matters, he finds himself undeniably attracted to his wife's sister, Emily. Struggling with his desire, he tells himself he doesn’t deserve a second chance with such an amazing woman.
Emily wants Colin in her life and her bed. Enlisting the help of Colin's teammate's and Madame Eve's 1 Night Stand dating service, she plans to prove to Colin he can have everything he lost once again.
Will their one night lead to the happy ending she longs for or the loneliness he thinks he deserves?

EXCERPT:
Colin took a step back and cringed. “Aw, shit, Bobby. What’ve you done?”
Bobby punched Zeke in the shoulder and shook his head. “Nothing bad. Actually, it’s so simple you’re gonna kick your ass for not thinking of it first, Ghost.”
He doubted it. More than likely he would kick Bobby’s ass. The man worked overtime to hook him up, like he was a damn charity case. If he wanted to get laid, he could go find his own. Unfortunately, the only woman that spurred his senses in the last year had been Emily. He wanted her so bad he caught himself thinking about her during the day and woke up sweat-soaked and hard at night from dreaming about her.
Shit! Maybe he did need to get laid. “I repeat, what have you done?”
Zeke jumped up. “See, there’s this woman named Madame Eve––”
Colin threw his hands up. “Whoa, whoa, whoa! This is low even for you. I don’t need a freaking prostitute. Damn, Bobby. What the hell are you thinking?”
Bobby laughed. “Not that kind of madame. She runs an elite dating service and sets up one-night stands for consenting adults. It’s a no-strings-attached kind of thing. Just two like-minded adults looking for a night of pleasure. That’s it. You both go in with your eyes open and leave the next more feeling a lot less stressed.”
Colin crossed his arms over his chest and lifted a brow, “And how does she go about finding these people and matching them up?”
“Don’t worry I’ve checked it all out. You go on her website, fill out the application. Then she matches you up with someone who meets your needs. She names the date and place and the rest is on you. It’s all legit.”
“You sound like an infomercial.” Colin shook his head. “This is fucking crazy, ya know. I have no trouble finding my own women.”
“Never said you did, Lieutenant,” Zeke said. “But this way you don’t have to troll the bars, hoping to find a woman who wants to get her rocks off exactly like you. We know that’s not your scene, but this way everyone gets what they want and walks away happy.”
Bobby glared at Zeke. “Where the hell do you come from anyway?” He returned his gaze to Colin. “More like a night of mutual pleasure.”
“I have my own ways of relieving stress.”
Bobby snorted. “Uh, yeah. I’m not talking about whacking off in the shower, dude.”
Colin rubbed his hands over his face. Good God, had he really been reduced to this? "Fine."

ABOUT THE AUTHOR:
Born in Wichita Falls, Texas, at the age of two Debbie and her mother moved to New Jersey, spending many happy years on her grandparents' horse farm. You'll sometimes find this setting as a backdrop in her work.
As a teenager, she and her mother found a new home in Vermont, where she currently resides. With a daughter in the Air Force,  one son in college and the other working for the family business,  Debbie now shuffles her time between a husband and full time job as a nurse, and writing.
About seven years ago, while looking at over three hundred treasured books lining her shelves, she realized there was a multitude of stories of her own clamoring for release. Since then, she's seriously persevered in keeping the keyboard in constant motion.
With two novels, Mountain's Echo and Infidelity, and two novellas, November Rain and Second Chance now published, Debbie is now also working with a partner, L.J. Garland. Together the two have written Sins of the Mind and are hard at work on many more manuscripts.
Debbie has been a member of KOD, FTHRW, ELEMENTS and RWA Online.

Are You Ready to Rock?


We are. It's time for The Kindle Book Review's biggest contest EVER.


Like so many readers out there, we want to discover the best independent and small press authors. We want to find excellent books to read, review and enjoy. We're looking for Kindle books published between April 1, 2011 and April 1, 2012. If you've published an AWESOME Kindle book, you just might have what it takes.


So if you want to add "Winner of The Kindle Book Review's Best Indie Book of 2012" to your Amazon Product Description, sign up today. And if you're a reader, we're going to lavish you with gifts as well.


We are giving away up to $2,100 worth of prizes including cash, ebooks, advertising packages, and a Kindle Fire! So PLEASE spread the word and tell all your friends and neighbors. Tweet this page, mention this post, "like" it on facebook, whatever it takes.


What's at stake? Six category winners will receive a $100 cash prize and an advertising package with The Kindle Book Review. The categories are:
Mystery/Thriller
Romance
Suspense/Horror
Literary Fiction
Sci-fi/Fantasy
YA
Readers can win too! We will give away a Kindle Fire to one lucky winner, loaded with the very best indie books out there. This is the "Reader's Grand Prize Package". Readers can register to win a FREE Kindle Fire and free books. We are also giving away kindle books every week at random to readers who register and sign up to follow our blog! Kindle Fire and author prizes will be awarded on October 1, 2012.


What? We will NOT accept more than one (1) entry per author, so send your very best work. We will stop accepting submissions on May 15, 2012.


Who can enter? Any independent or small press author who has published a novel (fiction only) in the Kindle store between April 15, 2011 and April 15, 2012. Entries must fit into one of the five categories listed above. We do not accept erotica.

Posted by DeborahR at 2:12 PM No comments:

Out of Place Mate by Rebecca Royce 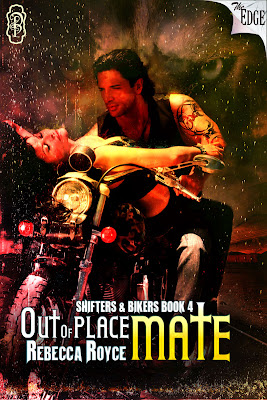 
Sean Quaid’s brothers don’t think he is very shifter-friendly. He certainly does not seem happy that they have both married and haven’t been showing up to work. Victoria Bensen wants nothing more than to cool him down and get him to stop making such a scene at Gunther’s Bar.
When she drags him back to the staging room at the back of the bar, she doesn’t know that it will be Sean bringing down her barriers, not the other way around.

As a teenager, I would hide in my room to read my favorite romance novels when I was supposed to be doing my homework.  I hope, these days, that my parents think it was worth it.  I am the mother of three adorable boys and I am fortunate to be married to my best friend.  We live in northern New Jersey and try not to freeze too badly during the winter months.
I am in love with science fiction, fantasy, and the paranormal and try to use all of these elements in my writing.  I've been told I'm a little bloodthirsty so I hope that when you read my work you'll enjoy the action packed ride that always ends in romance. I love to write series because I love to see characters develop over time and it always makes me happy to see my favorite characters make guest appearances in other books.
In my world anything is possible, anything can happen, and you should suspect that it will.
I'd love to hear from you!