The Moms of Full Snow Moon

Thank you for having me here as a guest. As it is just before Mother’s Day, I thought it might be nice to talk about the mother’s of my YA Novel FULL SNOW MOON.
The three main characters of the story are young men in their late teens, so you might be surprised to hear that the moms in the story actually play influential roles and enjoy good relationships with their sons, for the most part.
There’s Alex, the self-absorbed turned enlightened surfer, the loyal, sensitive and creative Denis and Eli Hampton, the ghostly character of FULL SNOW MOON, whose mother has a very big part in how this story gets told through her diary written in the late 1800s.
At the beginning of the book, Alex, like many young adults his age, is restless, bored and uncertain about his future. He has everything he wants and enjoys a cushy lifestyle. Due to his immaturity, and careless actions, he loses his girlfriend, alienates his best friend and allies himself with a young man name Brandon, who is not the most likeable of characters.
But through it all, he knows he is a big disappointment to his parents. He spends most of the book trying to patch things up with his mother who is there for him no matter what happens. Throughout the story, they work together to forge a new understanding and Alex learn it is important to considerate of the feelings of others, no matter what their age or background.
Alex wanted to tell her all about his visit to the creek, but didn’t have the strength. His mother had loved their old house, and hadn’t wanted to move from it six years earlier. It had been Alex’s father who’d desired a larger more contemporary home. Alex’s news about the house’s destruction would sadden her, and she was already upset about the fate of a house she had never even lived in.

Denis has had a life, born to a French Canadian mother and Native American father who died while Denis was just a baby. He has been raised by a hard-working single mother who believes that her son’s life will be easier if Denis disregards his Native roots. Not surprisingly, Denis has grown-up lonely, wondering about the existence of other family members and ancestors. He comes to learn much about his past by the story’s end, and in doing so he gains perspective and maturity and comes to terms with his mother’s choices and even welcomes her into his “new life” filled with new possibilities.
A look of disapproval spread across Denis’s face. “Why didn’t she share all of this with me before?”
“Don’t be too hard on her,” Moe advised. “I think she had your best interest at heart. There was a time, way back even in my grandmother’s time, when we did not speak of our heritage. Many of our ancestors were forced to assimilate or be wiped out.

Eli Hampton is the hardworking, dedicated good son, who becomes the man of the house after his father has passed. He sets aside his desires and ambitions to care for his family during hard times, accepting this as his fate.  He finally gets that once-in-a-lifetime opportunity to pursue his dreams, but life deals him a cruel twist of fate. His poor mother is forced to sit and watch as Mother Nature has other plans for him.  Mrs. Hampton waits and worries and writes in her journal as the Blizzard of 1888 turns her life upside down and claims her son. But death does not change Eli’s character and in his own way, he continues to set things right in the afterlife.
Eli had always seen to it that his responsibilities were fulfilled before surrendering his soul to his art. But with his father’s passing in the September of that year, there had been little time for painting, unless it was the house or a barn. The last six months of his life had been occupied with duties deferred to him, now the man of the house.

I think that one of the themes of this book that I’ve tried to captures is that times may change, but the bond between mother and son, or any offspring, remains the same throughout the ages. Hopefully, we can all learn and grow just like the characters of FULL SNOW MOON do by story’s end.
Under the influences of the Full Flower Moon of May, I wish my own mother, and all the “mothering” influences that inspire and shape us, a very Happy Mother’s Day!
Thank you. 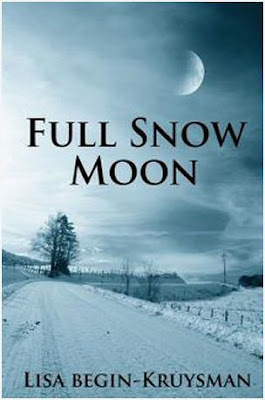 A hapless surfer, restless spirit and Native Son dig up some controversy when they unearth a National Treasure buried at the Jersey Shore.

Cocky surfer Alex only cares about the future. Who cares about the things of the past like an old house or an old friend? But one February night as he recklessly takes to the road during a snowstorm, he discovers that the past may have some plans for him. When his life is saved by the troubled spirit of a local youth who perished during the historic “Blizzard of 1888,” he agrees to rescue a house from the hands of a greedy land developer. But when he enlists the help of some forgiving friends, they dig up a National Treasure… and some controversy.

With assistance from a “hottie” of an Historian and a colorful antiquities dealer, Alex hopes to ride a wave of redemption. Can he rescue a piece of local and national history, reunite his boyhood friend with his native roots and regain the respect of friends and family?


It was eight o’clock already. No time to waste. Alex pulled on a ski parka, a pair of gloves, and a knit hat.

Going out to the garage, he picked up a shiny new shovel that had never touched snow. He made a few uninspired shoveling motions, then he slumped into the driver’s seat of the Jeep, considering his options. For a moment, he even thought about making a fast buck, shoveling through the night. What he had told Denis earlier was true. He really was tired of his old life. In May, he would be eighteen. Why did everyone treat him like a stupid kid? And, most importantly, what good was a Jeep if you couldn’t use it?

In anger, Denis had compared him to a rabbit. Well, if I’m a rabbit, this bunny’s gonna spring its hutch, Alex declared to himself.

He climbed into the Jeep. But in the driver’s seat, he sat still, like a rabbit too frightened to flee from the hunter. The only thing separating the mind-numbing comfort of his suburban home from the rebellious ride of his life was the garage door, which was rattling in the wind.

He would go to the party, make an appearance, and return the Jeep safely home. Let it storm. With the snowfall they were predicting, Mother Nature would cover his tracks, just as she had the bloodshed by his best – and possibly former – friend.

Alex put the key in the ignition and pressed the button of the garage-door opener. As the door rose, he was met by a great wall of white. Undaunted, he started the engine and rolled out into the falling snow. No sweat, he told himself. 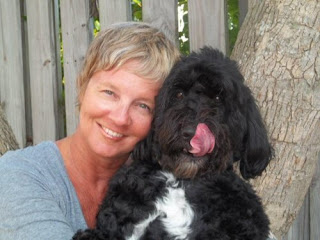 Her highly-acclaimed, Something’s Lost and Must be Found was released in the summer of 2011 to glowing reviews. A collection of seven short inspirational stories, the book was inspired by her blog site established two years ago to promote the mission of National Dog Week and her biography of its Founder, Will Judy.