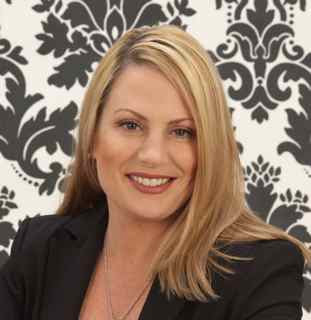 
Love to Read Romance asked:  What are some of your favorite "southern things" and what are some of your least favorite "southern things"??
This question made me start giggling before I even began typing (Covers eyes here)! There are so many things that I love about the South, but I will say that there is some culture shock associated with moving to a different part of the country.

- CRITTERS. There are so many creepy, crawly things in the South. On occasion, I've found little green lizards in my laundry basket and bathroom (harmless), stepped in fire ant piles (they bite and your skin swells up and itches like crazy), snakes (do NOT wander into tall grass), and cockroaches (shiver, squeal, stand on chair and call for husband).

- THE HEAT. When I moved to Alabama, it was in July, with temperatures reaching into the hundreds every day. At night, things might cool off a little, into the nineties. Whew! The humidity melts makeup and wilts hair -- making it nearly impossible to look feminine and fresh after about five minutes outside. The solution: Don't go outside between Memorial Day and Labor Day.

- HUNTER'S FOOD. To each his or her own, but there are some things I will not eat or drink. Most of those include creatures that many men in the South like to hunt: Squirrel, Rabbit, Dove, Pheasant, Deer, Frog Legs. I'll also throw in a few much-loved snacks: Pork Rinds, Beef Jerky, and Boiled Peanuts. (Yes, boiled. Many people love peanuts boiled, but they tend to be soft and a bit soggy.)

- SWEET TEA. I really, really have tried to like it. Friends of mine have recommended trying it half and half (1/2 sweet tea mixed with 1/2 unsweetened tea). Didn't help. I still can't drink it.

- FOOTBALL. I have to pray that my husband doesn't read this post. In the South, Football = Religious Experience. I found a sign (and almost bought it) that says: We Interrupt This Marriage for Football Season. Yes, that is my life from August until January. In Alabama, the rivalry between college teams is so serious that babies are dressed in Auburn or University of Alabama garb from birth and taught to say "War Eagle" or "Roll Tide" before the age of two. While I really enjoy sports, appreciate the value of athletics, and can applaud skilled players and coaches, I do wish that the competition could be a bit less intense and cutthroat.

- TOLERANCE. Much has been done to promote acceptance of racial, religious, and cultural differences, but there is still much work to be done.

- THE FOOD. Oh, my goodness. The food. Where do I begin? The Deep South provides an unbelievable array of delicious meal choices. When I first moved to Alabama, a friend asked if I'd like to go to a "meat and three." (A what?) As it turns out, a "meat and three" is a country-style restaurant which features a "meat" of the day (fried chicken, pulled pork) and three vegetables (creamed corn, friend okra, butter beans). Dessert is included and consists of mouth-watering choices like Banana Pudding, Peach Cobbler, and Pecan Pie. Pure heaven. All for less than six or seven dollars.

- THE PEOPLE. No one is a stranger in the Deep South. Everyone waves, even when passing by in a car or truck. On the sidewalk or in the grocery store, everyone says hello. People ask about your day and expect you to answer. I had a flat tire on a highway and a man stopped and fixed it for me, no questions asked.

- MANNERS. Children, from the time they are able to speak, are taught to say, "Yes ma'am," "No sir," "please," and "thank you" to any and all adults, not just family. This includes strangers, store workers, neighbors, etc. And as young people and adults, those "ma'am" and "sir" are still used with parents, grandparents, aunts, uncles, teachers, neighbors, and all adults. It's a form of respect, and so reinforced that it becomes automatic. Now, when I travel outside the South, it's jarring to hear children who don't use manners and don't say "ma'am" or "sir."

- THE WEATHER. After twenty years of snow and freezing cold October through May, it's so wonderful to wake up to blue sky and sunshine during the winter months. I do, however, miss snow at Christmas.

- ARCHITECTURE. Traditional antebellum homes in the South are so gorgeous, with their sprawling porches and elegant columns. We own a one-hundred-and-eight-year-old home in a historic district with lovely heart pine hardwood floors, tall ceilings, and sliding pocket doors. Our friends live in adorable bungalows, regal plantation-style homes, and everything in between. Each one is unique and special in its own way.

- LITERATURE. Truman Capote (In Cold Blood). Rick Bragg (All Over But the Shoutin'). Winston Groom (Forrest Gump). Mark Childress (Crazy in Alabama). Joshilyn Jackson (Gods in Alabama). Fannie Flagg (Fried Green Tomatoes at the Whistle Stop Cafe). Harper Lee (To Kill a Mockingbird). Enough said. And this past year, I've been lucky enough to meet Joshilyn Jackson (funny and real!), Fannie Flagg (polite and lovely), and be in the same room with Harper Lee (wow!) at the April 2012 Alabama Writers Symposium in Monroeville.
While I miss many things about my hometown in Upstate New York, I also believe two things:

1. There is magic to be found in any town or city...sometimes, you just have to look for it (or go find it yourself)!

2. And, as long as your loved ones and friends are near, any place in the world can be called "Home."

Check out Lauren's latest release... it is awesome!~ 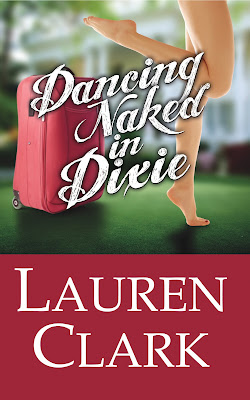 Travel writer Julia Sullivan lives life in fast-forward. She jet sets to Europe and the Caribbean with barely a moment to blink or sleep. But too many mishaps and missed deadlines have Julia on the verge of being fired.
With a stern warning, and unemployment looming, she's offered one last chance to rescue her career. Julia embarks on an unlikely journey to the ‘Heart of Dixie’—Eufaula, Alabama—home to magnificent mansions, sweet tea, and the annual Pilgrimage. Julia arrives, soon charmed by the lovely city and her handsome host, but her stay is marred by a shocking discovery. Can Julia's story save her career, Eufaula, and the annual Pilgrimage? 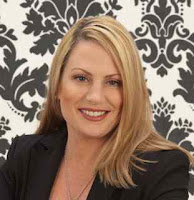 The Deep South is the perfect setting for Lauren Clark’s novels; contemporary fiction sprinkled with secrets, sunshine, and surprises. Her heroines are real women with real obstacles in their lives; challenges that require strength, sacrifice, and personal growth. And while it’s convenient to have a prince charming on standby, Lauren’s heroines are capable of creating their own happily-ever afters–with brains, not beauty, saving the day.

A former TV anchor, Lauren is a reformed news junkie, non-reformed coffee drinker, and certified library geek. She loves the color pink, her Electra Townie bike, and any place she can see the ocean and stick her toes in the sand. Lauren adores her family, paying it forward, eight hours of sleep a night, homemade macaroni and cheese, and true-blue friends.