The Sherbrookes of Newport Book 1

Callie Taylor's life is turned upside down when she learns the truth about her birth following the death of her mother. Not only is her father alive, but he's none other than presidential candidate Senator Warren Sherbrooke.


Billionaire and confirmed bachelor, Dylan Talbot, is devoted to his family. When his stepfather Warren Sherbrooke receives a letter from a past love telling him they have a daughter together, Dylan is instantly suspicious. In order to keep the media vultures away and protect Warren's political aspirations, Dylan convinces Warren to let him handle the situation.


As Callie and Dylan spend time together, they can't resist the feelings that blossom between them. However, when Callie learns the real reason he has been spending time with her their fledgling romance is put in jeopardy and only complete honesty can save it.

Dylan was still staring out the window twenty minutes later when he heard Callie enter the room.  Turning to watch her, an unfamiliar feeling of contentment settled over him.  Having her here in his apartment just felt natural.  Reaching for her hand he tugged her close.  “Have a nice nap?”
Callie nodded.  “You should have woken me,” she replied just before yawning.
“Obviously you needed the rest.”  He pointed out laughing.  “Besides I plan on keeping you up tonight so I figured letting you sleep now was in my best interest.”
She blushed at his comment, and he couldn't resist the urge to kiss her. Dylan forced himself to pull away before they ended up in his bedroom again.
Damn.  He'd only intended a quick kiss.  Yet once again he got carried away.  It happened so easily with her.  It wasn't something he was used to.  He always remained in control, no matter who he was with.  Yet with Callie all his control went not only out the window but down the street to the next block, and Dylan kept forcing himself to not think about why.

This was a charming romance, a light, fun summertime read. The characters were well developed and this was a great start to the new series, can't wait to read more. Callie has her whole life turned upside down with the revelation of who her father is and Dylan is suspicious and trying to protect his stepfather and family. They both find love unexpectedly and it is almost lost when Callie discovers Dylan's reasons behind spending time with her. Ahhh but honesty prevails....

DISCLOSURE – Please place somewhere in the post for all reviews!
*Disclosure of Material Connection: I am a member of Reading Addiction Blog Tours and a copy of this book was provided to me by the author. Although payment may have been received by Reading Addiction Blog Tours, no payment was received by me in exchange for this review. There was no obligation to write a positive review. All opinions expressed are entirely my own and may not necessarily agree with those of the author, publisher, publicist, or readers of this review. This disclosure is in accordance with the Federal Trade Commision’s 16 CFR, Part 255, Guides Concerning Use of Endorcements and Testimonials in Advertising* 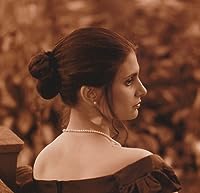 I wrote my first story with characters similar to those in the Sweet Valley Twins books at the age of 10 on my grandmother's manual typewriter. As I got older my stories and characters became more mature.
During my freshman year at UMass Dartmouth, I read my first romance novel and fell in love with the
genre. I have been writing romance ever since.

Today I live with my husband, three beautiful daughters and two dogs in Massachusetts. Whenever I
have a free moment you'll find me either reading a romance novel or working on my most current story.

a Rafflecopter giveaway
Posted by DeborahR at 9:39 AM