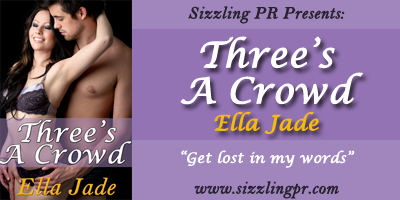 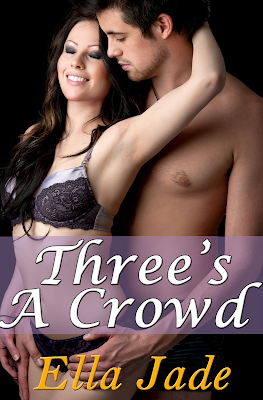 Connor Hughes is a lucky man. Janine and Sierra, the two sexy women who live downstairs from him have invited him to watch their intimate time in the bedroom. Connor is a willing spectator, but can't believe it when Janine asks him to join in on the fun. Connor is drawn to Sierra in ways he'd never imagined. There is something very familiar about the dark-haired beauty that has him wondering why she calls to him.
When fantasy mixes with reality, Connor gives into temptation in more ways than one. Will he figure out who Sierra is to him? Can the feeling last all night?

"Wake up, baby."
This has been one fucked up ride.
He opened his eyes to find Sierra straddling him. He blinked a few times, trying to focus and get his bearings. They were in their bedroom. He must have missed the alarm. The sunlight streamed in through the blinds and he could smell the coffee brewing from the kitchen.
"Time to wake up, sleepyhead."
“Huh?”
She was naked and stroking his cock. His favorite way to wake up.
“Baby, you were having some dream.” She giggled. “I didn’t even do anything to you yet and you’re rock hard.”

Ella Jade has been writing for as long as she can remember. As a child, she often had a notebook and pen with her and now as an adult, the laptop is never far. The plots and dialogue have always played out in her head, but she never knew what to do with them. That all changed when she discovered the eBooks industry. She started penning novels at a rapid pace and now she can't be stopped.
Ella resides in New Jersey with her husband and two young boys. When she's not chasing after her kids, she's busy writing, attending PTO meetings, kickboxing and scrapbooking. She hope's you'll get lost in her words.
Website / Facebook / Twitter