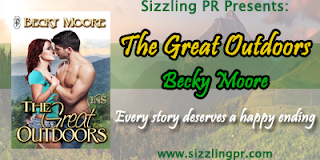 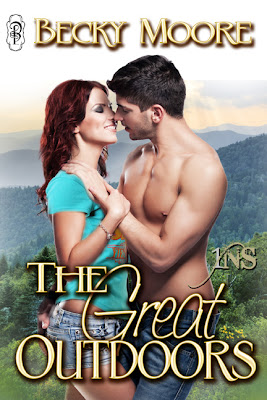 Tallulah Murphy is a busy woman. As the newly appointed Director of Education for the Atlanta Art Museum, she has a thousand and one things to do on any given day. Dating is not high on that list; in fact, it’s not even on the radar. Three hundred miles away in Charleston, South Carolina, Lieutenant Mitchell Weaver is gearing up for his promotion to be the youngest police chief in the city’s history. And unfortunately, as a prominent city official with all eyes watching his every move, a quality date seems untenable. But when good friends and good fortune set Tallulah and Mitch on a fateful adventure with Madame Evangeline’s high-end dating service, 1 Night Stand, they may just find that a little matchmaking magic can reset their spirits of adventure, and open their hearts and minds to the possibility of love.

Lou stared at the screen, a little stunned.
After a silent moment, Allison elbowed her in the ribs. “So, a cop, huh? That sounds pretty sexy. Maybe he’ll bring his gun with him.”
Lou laughed and read the message from the top again. “I love surprises but this makes me a little uneasy. What if he’s really aggressive? I’ve only dated artists and guys like Donald. And check out that description—likes to play board games. Good grief, what if he’s a total goober?” She groaned.
“Then you’re also a goober because you’re charitable and you like board games. I sort of like her approach. She’s matching y’all up because you fit, like the pieces of a jigsaw puzzle. She’s not focusing on any kind of physical beauty. Come on—you had that, and Donald was a dick.”
“You’re right. I know. It just worries me when a date’s described as he’s a nice guy.” She sighed and closed her eyes for a second. “Okay, this’ll be fun. There’s no pressure to do anything except enjoy our adventure. If he’s a cop, he’s bound to be in good enough shape to hike, right?”
“Atta girl. It’s nice that your adventure’s over the weekend, so you don’t have to take any time off.”
“Especially since Madame’s only giving us a week. Geesh.”
“Actually, that’s not such a bad idea for you. Maybe she felt you’d chicken out or find some silly excuse for changing plans if you had lots of lead-time. You don’t have enough time to be nervous. Speaking of which, do you have everything you’ll need?”
“Yep. I bought a new pair of boots last fall, and I’m mostly set for clothes.”
Allison nodded. “I can’t wait until you get the picture. Will you forward it to me before you leave?”
“I’ll probably have to send it from my phone, but I’ll forward it as soon as she sends it.”
“I’m dying of curiosity, but I also want a picture in case he’s a psycho. You know, in case I have to share something with the FBI. I’m just saying.” She reached into her lunchbox and pulled out two chocolate pudding cups, and handed one over to share.
Holy shit! Lou felt faint. Black spots danced in her periphery and panic swelled in her throat.
“Louie, I’m kidding,” Allison said, laughing. “I’m just messing with you. He’s a policeman. He’s safe. Really.”
She blinked for a moment, then shook her head and opened the pudding. He’s not a psycho killer…no way would this 1Night Stand place stay in business if they killed their customers. Right? Taking a bite, she thought how good an adventure would be. And who cared if she found Mr. Right. Mr. Right Now sounded pretty good, too.

This book is one of the 1Night Stand Series, I have read several of them and they are all good!
Tallulah and Mitch's great little magical adventure was a great short escape. At first you don't think they fit together very well, but once you get to know more of her stories you realize Madame Evangeline is always right! It was very well written with great characters and a satisfying ending. Enjoy! I did!
Ebook supplied by the author for review.

She’s a world traveler, problem solver, and crusader. Thankful for the love of reading she inherited from her mom, mother to a superbly cool kid, wife to the world’s most handsome man. A mental-marathon runner, freelance photographer, faithful companion to Magnolia May the beagle, and a prolific reader and writer.
She’s an active member of her local Romance Writers of America chapter, the Heart of Carolina Romance Writers.
In her down time, and in the real world, Becky loves to spend time with her husband and son. They live in the urban wilds of central North Carolina. Becky is an avid gardener, biker, kayaker, bicyclist, knitter, and community volunteer. She spent over a dozen years working as a writer, graphic artist, photographer and PR whiz in the pharmaceutical advertising, hi-tech, performing arts, and HIV/AIDS (grantwriting) fields before venturing into her current status of full-time author. And like her favorite characters, when you close her books, Becky will be just be a fond memory.